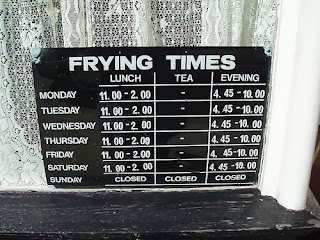 ‘I know that, but when I said I’d taken a laminated cv into the chip-shop last week, I was joking.’
Posted by John McGagh at 11:07 pm