‘One of the ornamental trees fell on the front pews. Prince Philip is quite badly scratched and he’s blaming members of the Tongan entourage for bringing about the accident by shimmying up the tree for a better view. I did catch a glimpse of the queen’s knickers in the pell mell, but looked away like the good subject I am.’

Maude had taken Aurora up to the loo. The excitement of the vows and the struggle to get the ring on had all been too much for both of them: a toilet break was needed. I had been asked to watch Jocasta and provide commentary, but nothing of note was actually happening.

‘Oh, and Harry has just emerged from behind an arras. His hair is even more tousled than it was. Pretty sure he just winked at one of the security men. The cameraman has gone in close now and Huw Edwards is trying not to mention the vivid smear of lipstick on the lad’s cheek. Harry's examining his outfit for a working pocket. He has a small piece of paper in his hand – possibly a phone number....  ’

I could hear a tap running.

‘Wash wash wash dear and don’t, whatever you do, listen to Daddy.’

Posted by Unknown at 1:56 pm No comments:

Email ThisBlogThis!Share to TwitterShare to FacebookShare to Pinterest
Labels: The Royal Family 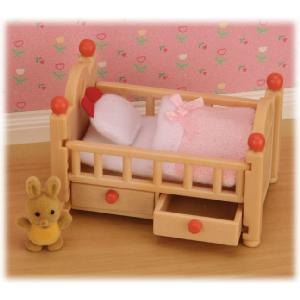 The Pest Control man had a comprehensive knowledge of the behaviour of rodents and a strong desire to share it.
‘It’ll know your routine inside out. It’ll know when you’ve been to the supermarket. It’ll know when you go to bed.’
He continued in the same vein and built a picture of rodents as miniature Stasi operatives. He also seemed pleased that our home had been penetrated by one of the little beasts. He scouted around the building, pointing out glaring gaps in our defences.
‘That’ll be it, there,’ he said with not a little triumph, as he pointed at the gap under our garage door.
‘They could walk right through that gap man – not even have to duck.’
He had an apprentice with him – an enthralled young note-taker. The pair crossed the road. I stood in the bay window and watched as the senior of the two pointed over the hedge at the river and guffawed. He then traced the route he imagined our visitor took straight up the drive and straight through the irresistible large gap under the garage door.
Posted by Unknown at 9:28 pm No comments:

Aurora is often in the habit of pinching an apple from the fruit bowl and losing interest halfway through eating it. She is not, though, in the habit of hiding half eaten apples in a neatly ordered cache behind the fridge.
I got up on Sunday morning, looking forward to sharing a banana with Jocasta. I went to the kitchen fruit bowl and noticed the absence of the banana that I clearly remembered seeing there the night before.
Maude and I had been out for dinner with Harriet and Morten. I drove, so Maude drank. As Maude dozed loudly on the sofa at around midnight, I took the opportunity to have a look at the prize crossword. The paper rustled a little, Maude breathed heavily and something made a scratching noise in the kitchen. I investigated, but saw nothing and presumed that our elderly fridge had developed a new rumble.
I thought no more of it until the following morning. It was then that I saw lack of banana in the fruit bowl and presence of protruding banana next to fridge. This banana had been half-consumed by a small animal other than one of my daughters.
At first we thought that the visitor must be nothing short of a rat to be able to move items of fruit. Maude and I agreed to speak in code to avoid any Aurora panic. We dubbed the visitor ‘Ben’ – a reference to Michael Jackson’s lovely ballad.
Posted by Unknown at 9:18 pm No comments: