My father was always dapper when he left the house at the weekend. His suits were tailored by Harry Davies in Moss Side. Saturday morning would see him shaving, polishing his shoes and slicking back his hair with Brylcreem. Before leaving he would brush any lint from his suit – using a clothes brush which hung on a little wooden plaque in the hall. The plaque was next to a small font of Holy Water, but Dad would pass on the chance to bless himself. Going back through the house, he would leave by the back door and say the same thing over his shoulder every time:

I have never been fond of science fiction. Even as a child I would only watch the likes of ‘Star Trek’ when there was absolutely nothing else on and then for amusement only. One of the most amusing of the many amusing conventions of ‘Star Trek’ was the way in which the members of the crew were thrown about when an impact occurred. This phenomenon is referred to online as ‘Star Trek Shake’ – which makes it sound like a dance craze for geeks which, if it existed, would surely make onlookers weep  tears of pity until their eyes smarted.

All reserves of the limited acting skill available on the Star Trek set were called up and drained as the ‘actors’ threw themselves around and grabbed hold of space-age consoles with flashing lights and vibrating joysticks. All this occurred while an emergency klaxon blared - as though to state the bleeding obvious. Spock would wobble ever so slightly and say something smug, before reserve jet boosts would kick in and propel the craft back to safety. I imagine that dustpans could then be deployed to sweep up any debris.

On an average Saturday night throughout the 1970’s my father would return home and recreate this scene. He would move around the building as though it had just been hit by a meteorite. He would turn the radio volume to ‘11’ to alert the entire neighbourhood to the emergency. In lieu of illuminated space consoles he would cling to items of furniture. Undeterred by the debilitating effect of warp factor 9, he would flip his congealed dinner into a frying pan and cook it until he was sure it was piping hot. This would usually involve the creation of enough acrid smoke to trigger the smoke alarms of our next door neighbour.

The burnt offering would be washed down with lemonade. The smoke would clear, the craft would steady and Galway’s answer to James T Kirk would climb the stairs to recover from another exhausting journey into outer space. The Captain’s retirement would be signalled by the loud cascade of loose change from his pockets into a bright yellow Holsten Pils ashtray on his dressing table.

I asked if we still had the ashtray. 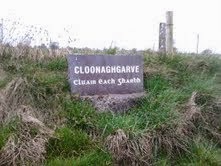 “Have you been to Milltown?”

“Have you been to Cloonagh?”

Physically, my father is in a nursing home in Manchester. Spiritually, he is in the west of Ireland. He thinks I step into the room from County Galway when I visit and, in many ways, I wish I did.

In July 1945, the British ceded sovereignty of Suite 212 at Claridge’s in London so that Crown Prince Alexander could be born in ‘Yugoslav territory’. Disappointingly, my letters to the Queen and the Taoiseach to create a similar arrangement for my father’s time in room 7 at Brocklehurst Nursing Home in West Didsbury remain, as yet, unanswered.

Moving my Dad from his armchair into his bed is a long and laborious process. His upper body strength has waned – but he resisted help. He tried a few times before success and his big chest eventually rose to the right level for the walking frame. This position is now the closest he gets to upright.

Before the journey to the bed commenced there was a window of opportunity to remove remnants of lunch from Dad’s front. Mum stepped in, held the front of the polo shirt taut and removed all crumbs with her dust-buster before setting it back into its charger.

On arrival bedside, dad’s rear end had to be aimed precisely at a sweet spot in the centre of the bed – the spot which allowed his legs to be helped across into the snugness at the foot of the bed. A few millimetres out and the result is chaotic.

We were a few millimetres out.

“Get the undertaker!” called Dad - as my mother struggled to organise his feet into some kind of comfort.

Having made the bed earlier, Mum carefully folded back the bedding in readiness to receive the man we traditionally referred to as ‘The Old K’ (mother was ‘The Old Q’).

“Will I cover you now?” She asked.

“Cover me with clay,” he answered.
Posted by John McGagh at 7:47 pm No comments: